Picked up this Maybelline the Colossal Volum’ Express Waterproof Mascara in Denmark. Its name is quite the mouthful. Is it just me, or is the Maybelline mascara selection here wider than usual? Hmmm. The quest for a holy grail mascara is on.

Bonus: It’s easy to remove with a waterproof makeup remover.

This mascara is love! It holds a great curl, is lightweight, buildable and doesn’t weigh the lashes down.

While this doesn’t give crazy long and thick, va-va-voom lashes, its strength lies in its curling ability. Big lashes aren’t as impressive when they’re droopy, as our lashes aren’t on full display – think peacock feathers! We’ve all been there, haven’t we? 😉 I would recommend it for those who have difficulty finding a mascara that will keep your lashes curled nicely.

Have you tried this mascara? What is your HG mascara? Feel free to share in the comments below!

This site uses Akismet to reduce spam. Learn how your comment data is processed.

Greetings and welcome! Please, have a seat and a cup of tea. Here, I share musings about plants, minimalist lifestyle and more.

I hope you’ll find encouragement and inspiration in this humble space. 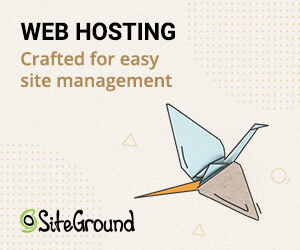